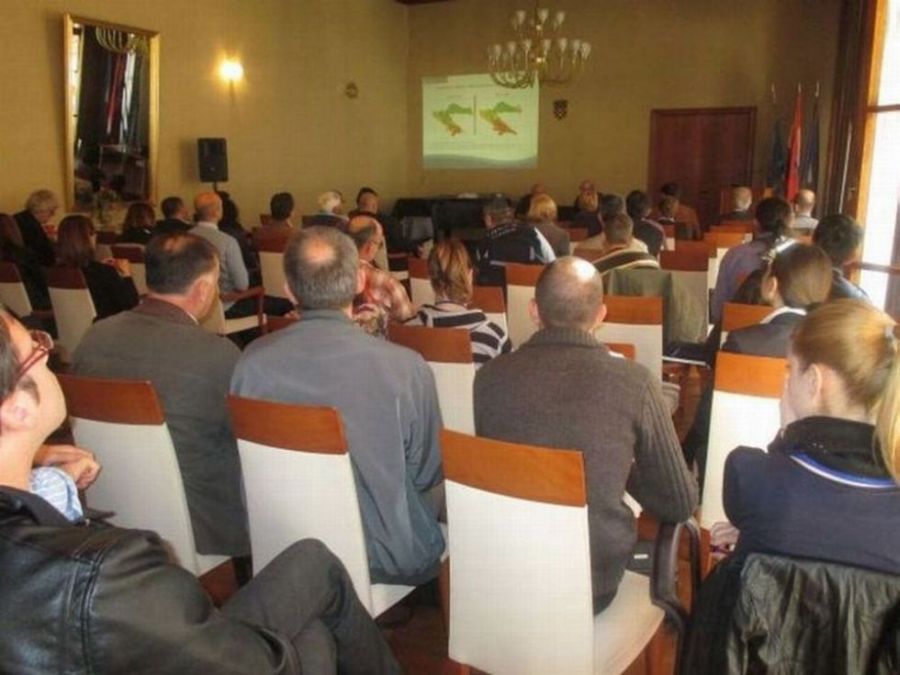 On November 8, the second Climagine workshop was organised in Šibenik. It was one of three workshops envisaged within the MedPartnership sister project "Integration of climate variability and change into national strategies for Integrated Coastal Zone Management". The first one was organised in April 2013, and the third is envisaged for February 2014. The objective of this workshop was to present to the local stakeholders the hitherto development of the Climagine method, based on the "Imagine" developed and implemented by the Blue Plan/RAC, and to identify the most relevant dimensions/indicators to be taken into consideration in the future work.

The workshop was jointly organised by the Šibenik-Knin County, Blue Plan and PAP/RAC. It was attended by 50-odd participants, representatives of national, regional and local authorities and institutions, academic community and NGOs, as well as by BP and PAP/RAC representatives.

After an introductory part in which the participants were informed of the work done so far, a list was introduced of dimensions – themes, identified by the participants of the Climagine 1, and confirmed through interviews done with various stakeholders in the period between the two workshops as relevant to the issue of climate variability and change. In a thorough discussion that followed, each dimension was reviewed, some indicators were proposed, and recommendation was made whether it should be taken into consideration or not. The expert team was thus given material to work on in the next phase of the project.

Establishing the ICZM Plan for the Šibenik-Knin County

On Thursday November 7, the first meeting of the Steering Committee and a workshop on the Integrated Coastal Zone Management of the Šibenik-Knin County was organised, in the old To...

Now, when the 2013 MedOpen Advanced session is in its full swing, great news arrived from a group of three MedOpen previous session participants: last year, they decided to come to...